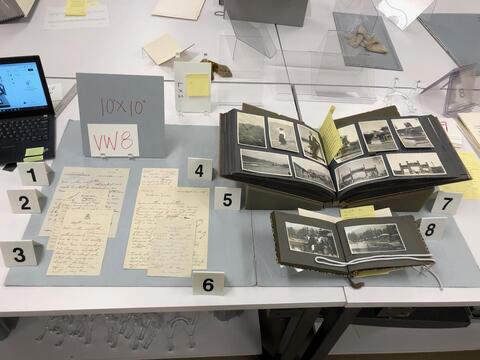 The only child of a wealthy family, art critic and poet Blanche Coates Matthias (1887-1983) was considered glamorous and sophisticated by contemporaries.  Matthias’s wealth enabled her to practice and study art and literature seriously, without needing to make a career of her work. This is not to say that she was a dabbler or mere enthusiast; Matthias was well respected as a regular art critic for the Chicago Herald and Examiner and the Chicago Evening Post, and her poetry, essays, and criticism appeared often in local, national, and international magazines, including Prairie, Poetry, and transition. Matthias was a world traveler who visited Europe, Asia, the Middle East, and Africa. She recorded her trips in photographs, many of which she later hand-colored with translucent oil paints. During her 1917 trip through Asia, Matthias visited Macao where, she wrote, “they say more devilment is concocted than any other place in the world,” Canton where “the streets are so narrow…and so winding that inside of five seconds we were lost,” and Peking, which she found “so attractive. I would like to stay a couple of months.”

Photographs and letters from the Blanche Matthias Papers 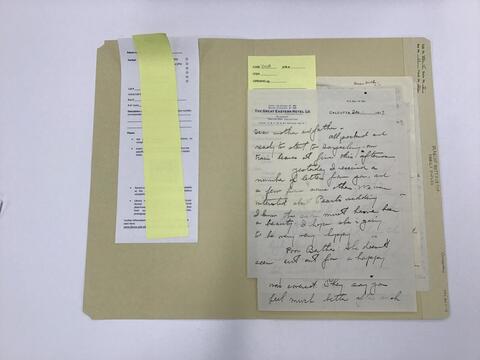