The Steerage by Alfred Stieglitz 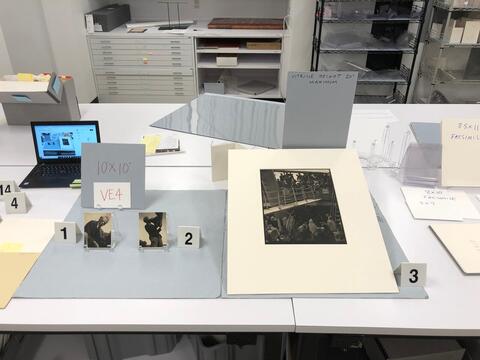 The Steerage by Alfred Stieglitz PDF

Pioneering art photographer, editor, gallerist, and promotor of modern art Alfred Stieglitz (1864-1946) played a critical role in developing photography as an artistic medium and not, as many understood it at the turn of the 20th century, exclusively a means of documentation or scientific record. In the early years of his career, Stieglitz embraced a painterly photographic style; The Steerage marks the photographer’s break with this approach, his shift to “straight photography” that employed the unique aspects of the medium to explore experiences of ordinary people and everyday life. “I saw shapes related to each other,” he later wrote of the composition, “I saw a picture of shapes and underlying that the feeling I had about life.” Stieglitz, the son of German-Jewish immigrants to the U.S., made this photograph on the deck of the Kaiser Wilhelm II, sailing from New York to Germany. The third-class steerage passengers on the cramped lower deck of the ship may have included skilled craftsmen returning home after serving as temporary laborers in support of the city’s construction boom as well as would-be immigrants turned away by American officials. The Steerage is celebrated as a defining work of modern aesthetics and as a moving depiction of the complexities of immigrant experience.

Alternative photos of AS with camera: https://collections.library.yale.edu/catalog/2039794