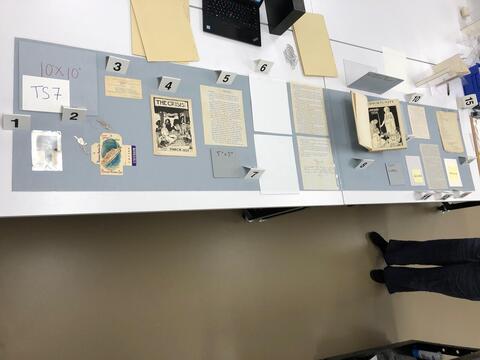 Writer, artist, and journalist Gwendolyn Bennett (1902–1981) was an active contributor to the vital period of artistic activity among African Americans commonly known as the Harlem Renaissance. Bennett published work with the leading magazines of the period, including The Crisis, Opportunity: A Journal of Negro Life, and the influential if short-lived arts magazine Fire!! Some of the greatest writers of the period—including Langston Hughes and Jean Toomer—counted Bennett among their closest friends. After studying at Columbia and Pratt Universities and teaching design and painting at Howard University, Bennett received a fellowship to study at the Sorbonne in Paris in 1924. Living in France among a creative community of American expatriates, Bennet wrote letters asking friends to send copies of the latest books by writers in Harlem. She promised to help smuggle a copy of James Joyce’s censored novel Ulysses to New York and recounted meeting Ernest Hemingway and other soon-to-be prominent writers at social gatherings. When she returned to New York after more than a year in Paris, Bennett worked as an editorial assistant at a prominent magazine and wrote a regular literary column at another. Throughout her life, she continued to support African American arts and culture as a member of the Harlem Artist Guild, as a member of the Board of the Negro Playwright’s Guild, and as the leader of the Harlem Community Arts Center.

No, you won’t receive “Ulysses” soon for I haven’t sent it yet. …I shall have to make a camouflage cover and as yet I haven’t gotten around to it. … By the way, Sylvia Beach has brought out another printing of “Ulysses” that has the same blue cover that the first edition had for luck – James Joyce being Irish and believing in the luck that goes with number 7.

Gwendolyn Bennett to Harold Jackman, January 11, 1926, in response to his request for a copy of James Joyce’s Ulysses, then banned in the United States

Paul and Essie Robeson were here for the first week in November. …I horned in on all the wonderful places to which they were invited. Chief among them were the teas at Sylvia Beach’s at which none other than James Joyce, Arthur Moss, Lewis Galantiere, Ernest Hemingway, and George Antheil were present…tea at Gertrude Stein’s and of course everybody was there; and the tea at Matisse’s home…After it was over I was very much the Cinderella sans slipper. 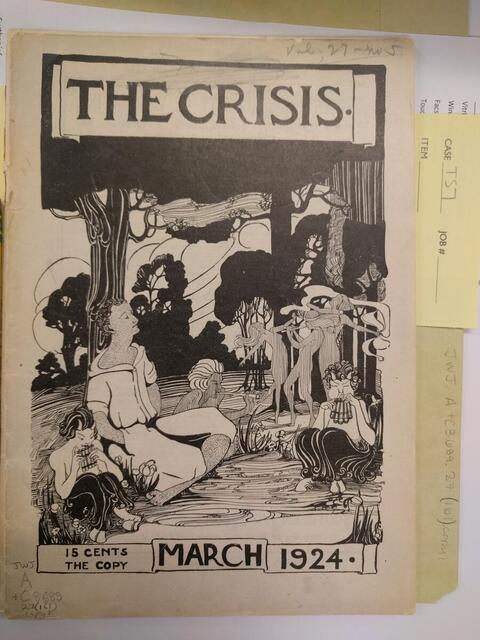