One Way Ticket: The Great Migration 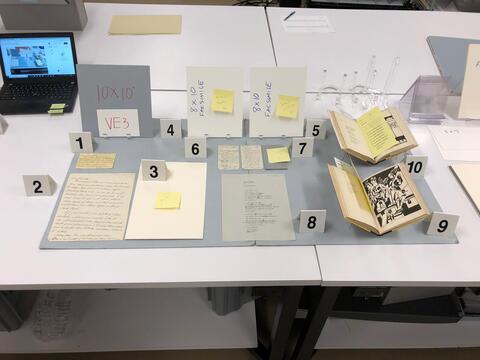 In 1949, African American poet Langston Hughes (1902-1967) and artist Jacob Lawrence (1917-2000) collaborated to create a lyrical and visual record of the early 20th-century phenomenon known as the Great Migration of southern African Americans to the cities of the North. Between the end of World War I and the beginning of World War II, more than a million and a half African American people left their rural southern homes and relocated to cities like Chicago, Detroit, Oakland, Seattle, Buffalo, Washington, D. C., New York City, and other western and northern communities seeking greater economic opportunity and fleeing from the oppressive racism of the segregated South. This unprecedented migration created lively new urban African American communities, including Harlem in New York City, the place which gave its name to the dynamic period of creative achievement among African American writers, performers, and artists known as the Harlem Renaissance. Hughes and Lawrence were leading figures of the Harlem Renaissance, celebrated for their work exploring African American history, culture, and experience. In their book of poems and drawings, One Way Ticket, Lawrence and Hughes made an enduring work of art exploring many painful aspects involved in relocating—including immediate fears of meeting with violence, the enduring loneliness of leaving behind family and friends, and the challenges of facing social and economic uncertainty in new places.

Note from Lawrence to Hughes re first drawing

Letter from Lawrence to Hughes [5/48] 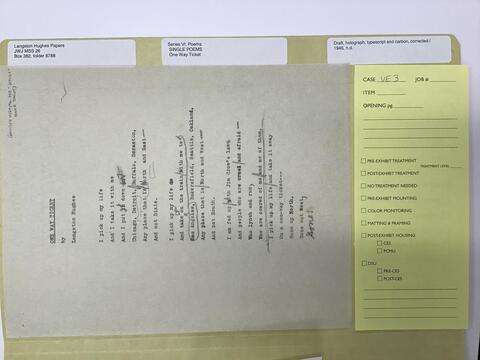