Marseille Grace: James Welch and The Heartsong of Charging Elk 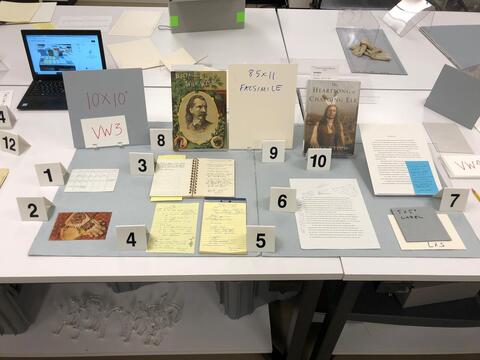 Novelist James Welch (1940-2003) grew up in Montana on the Fort Belknap Reservation, the son of a Blackfeet father and a Gros Ventre mother; throughout his writing career, he remained fascinated with Native American culture and communities. His 2000 novel, The Heartsong of Charging Elk, is based on a true story of three Oglala Sioux performers who, while traveling in Europe with Buffalo Bill’s Wild West Show in 1889, became ill and were left behind in a Marseille hospital when the show continued its tour. Welsh traveled frequently to France to conduct research and interviews about these little-known historical figures in order to write his novel, focusing his narrative on the life of 23-year-old Charging Elk, who had been riding horses with the Wild West Show since he was a boy. With no means to return to the touring company or home to the United States and speaking no French (and little English), Charging Elk must make his life in Marseille. James Welch’s literary archive includes his research papers and several drafts of the novel in different versions. At the Beinecke Library, these raw materials of Welch’s novel can be studied alongside related historical documents, including materials documenting the enormously popular Buffalo Bill’s Wild West Show, such as programs and other ephemera related to the European touring companies.

Manuscripts and research notes related to The Heartsong of Charging Elk and Marseille Grace; travel itineraries, postcards, and photographs from the James Welch Papers; 19th-century program from the Buffalo Bill’s Wild West Show French touring company from the Yale Collection of Western Americana

James Welch’s early attempt to write the story the 19th-century Sioux men stranded in France was a novel, Marseille Grace; this work imagined the historical narrative through the eyes of a 20th-century Native American man trying to uncover this unusual past event and understand its relationship to his present experience. Welch had written a complete draft of book when he decided to write the novel, instead, exclusively about the 19th-century story.  He rewrote the entire book, creating a new novel, The Heartsong of Charging Elk.

Note: “I sing of charging elk…” (yellow notes—see below) 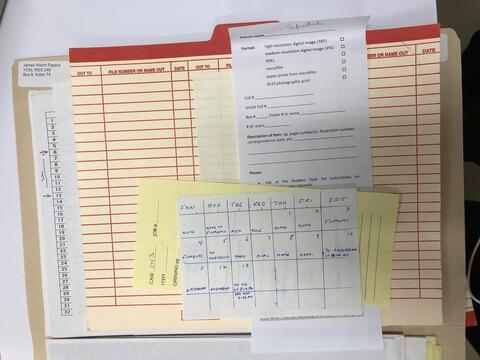