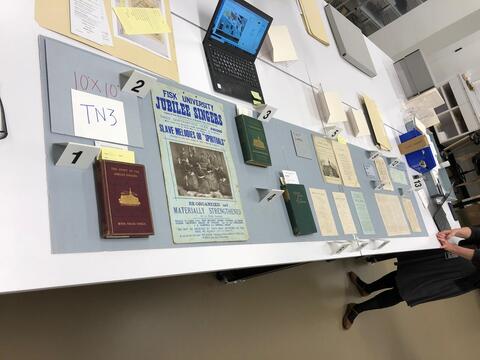 Fisk University, an institution dedicated to educating African Americans, was founded in Nashville, Tennessee, in 1866, shortly after the end of the American Civil War; within a few months of its opening, the school had enrolled nearly 1000 students. A small endowment gift from abolitionist and the school’s namesake, Clinton B. Fisk, and the backing of the American Missionary Association provided essential early support; still the school struggled financially. In the early 1870s, an ingenious fundraising campaign was devised: a student chorus was assembled to perform benefit concerts. Many of the performers had been enslaved before emancipation, and so the group took the name “Jubilee Singers” in reference to bible passages describing the freeing of slaves in the year of Jubilee. Performing songs often referred to as “spirituals,” the Jubilee Singers introduced this uniquely African American song form to audiences across the Northeast and, eventually, in England and Europe. The original group raised substantial funds for Fisk University over nearly a decade, including money to build Fisk’s first permanent building, Jubilee Hall. This chorus eventually splintered, in large part due to the tremendous difficulty they faced while traveling—often they slept in train stations and went hungry as they struggled to find hotels and restaurants that welcomed African Americans. New Fisk students joined the Singers and carried on the tradition of performing concerts to benefit the University; an 1880s group traveled as far as Australia and New Zealand.

Story of the Jubilee Singers : with their songs, Marsh, J. B. T.

Jubilee Singers : and their campaign for twenty thousand dollars / by G.D. Pike 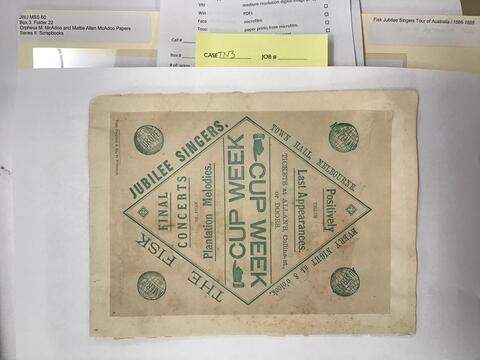