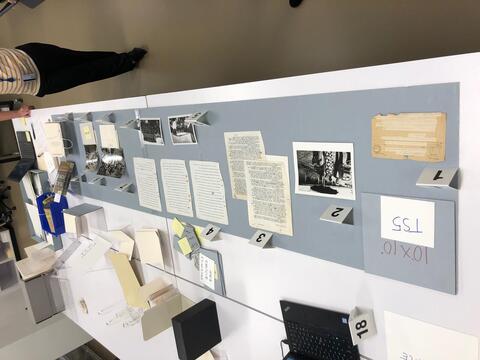 In the spring of 1953, American writer Richard Wright (1908-1960) traveled to Africa for the first time; he arrived in Accra on the colonial Gold Coast in June, just a few years before it would become the free nation of Ghana. Arranging his travel had been difficult, and Wright had relied on two friends, Pan Africanist writer George Padmore and activist Dorothy Pizer, to intercede on his behalf with revolutionary Prime Minster Kwame Nkrumah. The Prime Minster secured Wright’s travel visa and sent him a personal telegram invitation, which Wright carried with him throughout his months-long trip. Though he was burdened by the profound heat, Wright toured the region with Nkrumah, spoke with him at a political rally, and attended his important “Motion of Destiny” address, calling for the British government to give Gold Coast independence.  In spite of Nkrumah’s hospitality, Wright had trouble finding his way in Accra—the Prime Minister was busy with political affairs, and Wright had difficulty making personal connections with Africans in the city. He had expected to feel a kind of kinship with the people he encountered and was disappointed that he did not. “I was black and they were black,” he wrote, “but my blackness did not help me.”  Wright kept a typed journal throughout his trip and took many photographs. When Black Power was published in 1954, it included only some of what Wright had recorded in his journal and almost no photographs; these materials in Wright’s literary archive offer an enlarged view of the writer’s impressions and experience.

Photo of Wright in Africa

“Down to the Sea in Ships” photo with caption 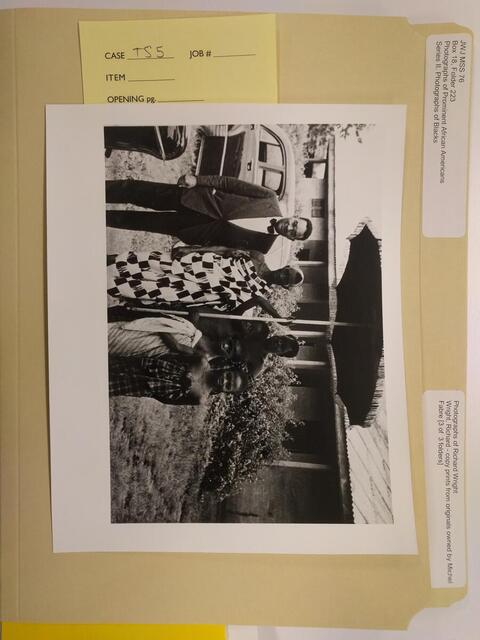